×
×
×
sidebar
Zoom the image with the mouse

(No reviews) Write a Review 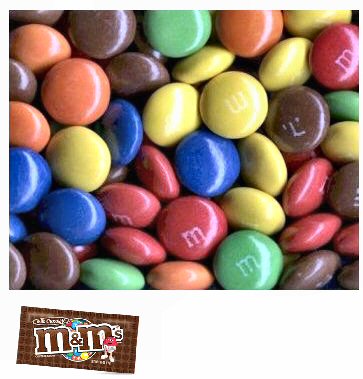 M&M's Mars Bulk Plain Milk Chocolate - 38 oz. Bag
When America entered the 1950s, M&M'S Plain Chocolate Candies were quickly becoming a household word, particularly with the growth of television. In 1954, M&M'S Peanut Chocolate Candies were introduced to the Brand's portfolio, and sales of both varieties continued to grow. That same year, the universally loved M&M'S Brand Characters and the famous slogan, "The milk chocolate melts in your mouth not in your hand", debuted in the initial TV advertising.

Hide Reviews Show Reviews
This product hasn't received any reviews yet. Be the first to review this product!
Write a Review

M&M's Milk Chocolate Candies (36 ct)36 count of M&M chocolate candy packagesMilk chocolate with a thin candy shell. Classic treat for kids or adults. Offer them in a candy buffet, at a...

Vending Machine Gumball and Candy Starter PackMix and match all our popular candy and gumballs to get you started with your first machine! (Includes Free Product Labels) Our Gumball and candy starter...

Skittle Bite Size Vending Candy Taste the rainbow! Skittles candy was first produced in the United States in 1982. They are small, round, chewy, fruit flavored candies that are covered with a hard...